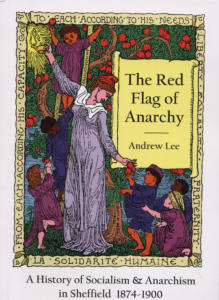 They tried new ways of living and working, four different colonies were attempted during the period, the Totley Colony, Moorhay, St George’s Farm and the Norton Community Colony.

They also set up two of the most interesting groups in the country, the Sheffield Socialist Society and the Sheffield Anarchist Group. These and other Sheffield groups had cafés, clubs and bookshops, and spent their time speaking to the masses at outdoor meetings.

This book looks at the development of socialism in Sheffield, before the formation of the Labour Party and before the horrors of the twentieth century.