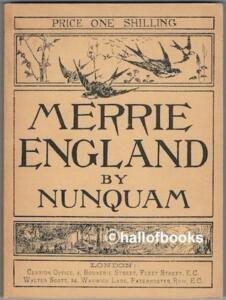 “Make socialists and you will get socialism” said Robert Blatchford.

In 1890 Blatchford founded the Manchester Fabian Society. The following year he launched The Clarion newspaper.

He was a founder member of the Manchester Independent Labour Party and attended the founding conference of the ILP in Bradford in January 1893.

He wrote ‘Merrie England’ which probably made more socialists that any other publication. The first edition which was published in 1892-3 with a print run of 25,000 rapidly sold out. A penny edition was published in 1894 with all 700,000 copies rapidly sold. This edition was loss making. Trades Union rates were paid to the printers. Sales of ‘Merrie England’ eventually reached 2,000,000.