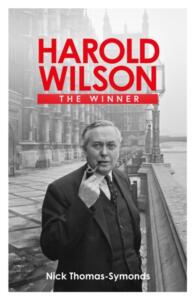 Harold Wilson is the only post-war leader of any party to serve as Britain’s Prime Minister on two separate occasions. In total he won four General Elections, spending nearly eight years in Downing Street. Half a century later, he is still unbeaten, Labour’s greatest ever election winner.

How did he do it – and at what cost? Critics then and now have painted him as an opportunistic political calculator, even as a Soviet secret agent. In this powerful new portrait, drawing on previously unavailable sources and first-hand parliamentary insight, acclaimed biographer Nick Thomas-Symonds reveals a more complex figure. Wilson was a new kind of politician but, in his own way, this media-savvy harbinger of modernity was also a deeply traditional man, whose actions often suggest nothing less than a spiritual mission.

In an intriguing paradox, Wilson, influenced by the distinctively democratic faith of his Yorkshire boyhood, united a fractured Labour Party, ushering in the cultural and social changes of the ‘swinging sixties’. His was the government to decriminalise homosexuality, legalise abortion and abolish capital punishment. With a brilliant mind, sure-footed political moves and a feel for public opinion, he was a survivor who over and over again emerged from desperate crises – even, perhaps, conspiracies – to lead his party to victory.

It is time at last to learn his secrets.