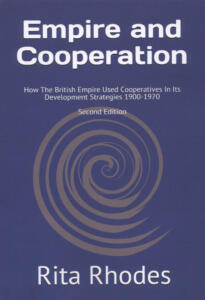 Co-operative businesses, run by their members, apply the principles of equality, mutuality, democracy and economy. Empire and Co-operation traces how and why the British Empire came to promote co-operatives as part of its development strategies in its dependent territories, and the global impact that this subsequently had. The book describes how co-operative development policies were implemented in widely varied settings and the results achieved. It also discusses the positive involvement of international non-governmental organisations such as the International Co-operative Alliance and the Plunkett Foundation. By the 1970s co-operatives had become the major alternative business form to investor led businesses, and their global reach has been attributed to the fact that they are versatile and universal. The British Empire, the largest the world has known, helped them to become universal by taking them to the four corners if the world.