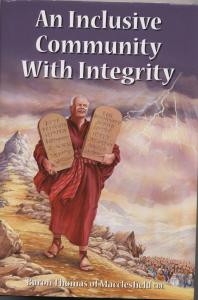 An Inclusive Community With Integrity

This is the memoir of Terry Thomas (Barron Thomas of Macclesfield CBE).

In 1988 he was elected President of the International Co-operative Banking Association which brings together all the co-operative banks of the world. He was re-elected in 1992 for a further three years.